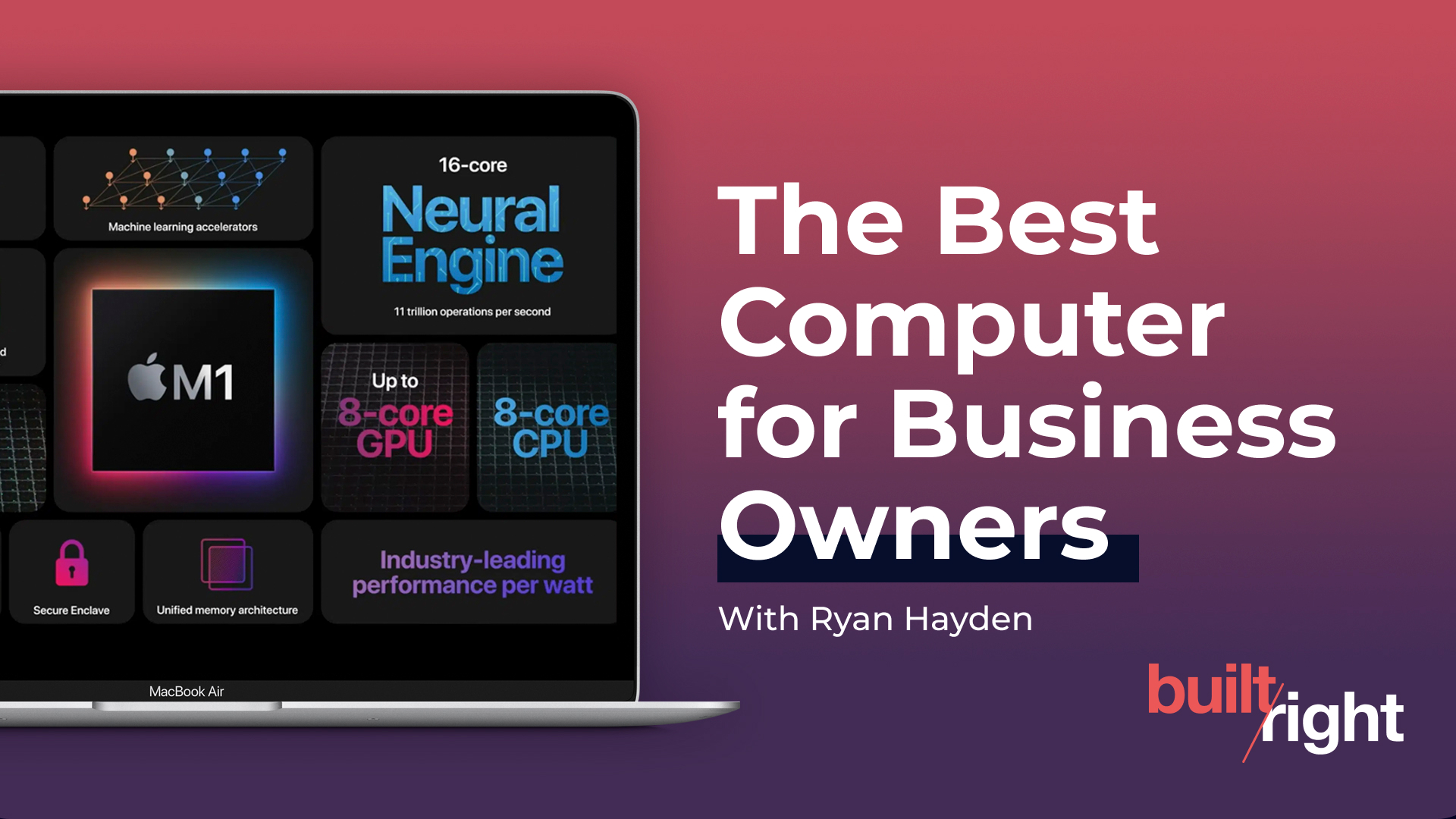 The Best Laptop for Business Owners in 2021

There are so many computers that you can buy.  There are dozens of manufacturers and a dizzying array of options.

Today, I'm going to share my opinion on the best computer for the money.  Why should you care about my opinion?  I am a technologist who runs a software company, a podcast and several youtube channels.  I've taken my computer over 22,000 miles on business trips so far this year and used it to write hundreds of thousands of words.   I've used it to edit videos, to create and share presentations, to play video games, and to write code.  I've used it at my desk, in front of a crowd, in lots of hotel rooms and in lots of middle rows in lots of airplanes.

It is BY FAR the best computer I've ever owned and it is ridiculously cheap.

You can buy one of these for $999 and I think it's worth 4x that.  This Macbook has replaced a 2019 16in Macbook Pro that cost nearly $3000 and it absolutely creams that computer in every category.

I routinely use this computer to edit video using DaVinci Resolve (which is one of the most demanding things you can do to a laptop) and it's never even broken a sweat.  I've used it to compile software (another demanding test) and it's ridiculously fast.  I've used it every day for almost nine months and I've yet to see any kind of slowdown.  It's like magic or something.

Again, this is an entry level laptop.  This is the cheapest laptop in Apple's lineup, and it's so good it's scary.

Now, if you are some business executive that has to work with an IT department and you are set on some old version of Windows (I'm sorry) - but that situation is getting rarer and rarer.  If you are a small business owner and you just need to be able to get your work done with something portable and fast.  You aren't going to be able to beat this $1,000 laptop.

It should last you years and be more than capable of handling the kind of software you need to run in today's business world.  Tools like Zoom, Microsoft office, Microsoft teams, design tools like Figma and Photoshop, audio tools like Adobe Audition and Garageband or video editors like Premiere, Final Cut or Davinci Resolve should run on this computer no problem.

So if you are looking for a computer that does it all, I highly recommend the M1 Macbook Air.